Miniature Gardening and the Love of Conifers: The Winter’s Blush 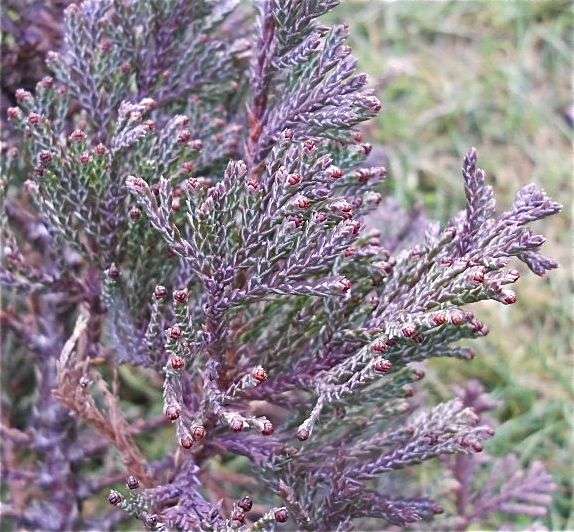 For the Love of Conifers: The Winter’s Blush

~ When I first started this miniature garden business almost ten years ago, it wasn’t cold enough in Seattle to get any winter blush on the miniature and dwarf conifers. So it wasn’t until couple of years later, when I had to order my trees early to get them ready for February’s Northwest Flower and Garden Show that I actually saw them in their winter glory.

The trees came from my grower-of-superb-conifers down in Oregon where it was colder than Seattle that winter. When they arrived in late January, I opened the boxes and immediately called my representative to ask what I ordered. I had no idea that they turned color in the cold because it never got that cold in Seattle and I had only started to collect and grow them after moving here from Toronto.

So here are a few pictures of some of the trees in my miniature nursery this year. After three freezes and a bit of snow here in the Emerald City of Seattle, there is that distinct winter blush on some of them. Not only are they hardy, slow-growing and evergreen, but they can add winter interest to your garden or pots too. When the weather warms up in the spring, they will change back to their summer colors. 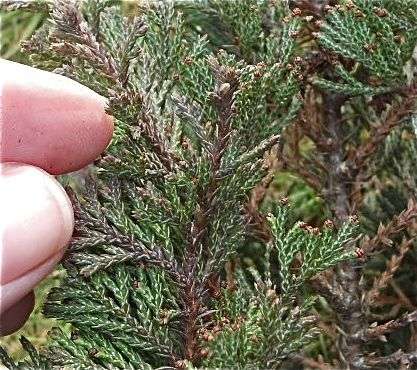 Chamaecyparis thyoides ‘Top Point’ showing the winter blush with the summer color from further into the wee tree. 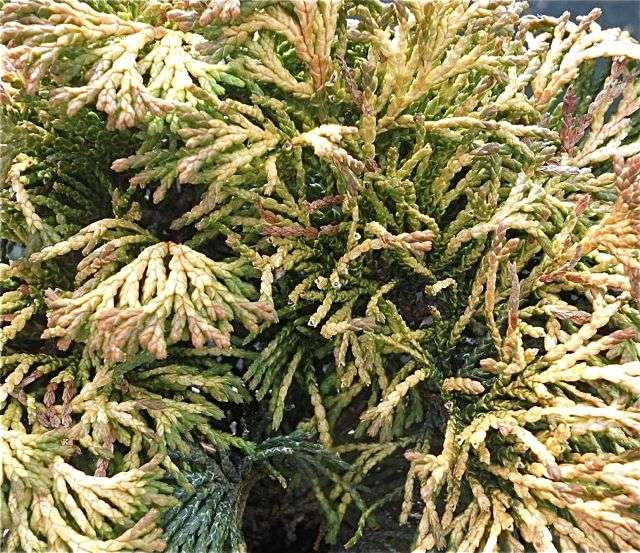 Chamaecyparis obtusa ‘Verdoni’ in its dazzling winter blush. The green emerald colors will return when the weather warms up. 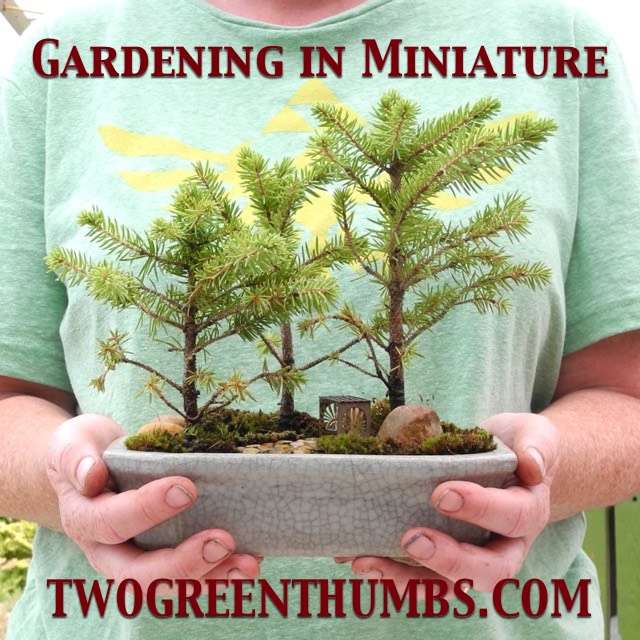 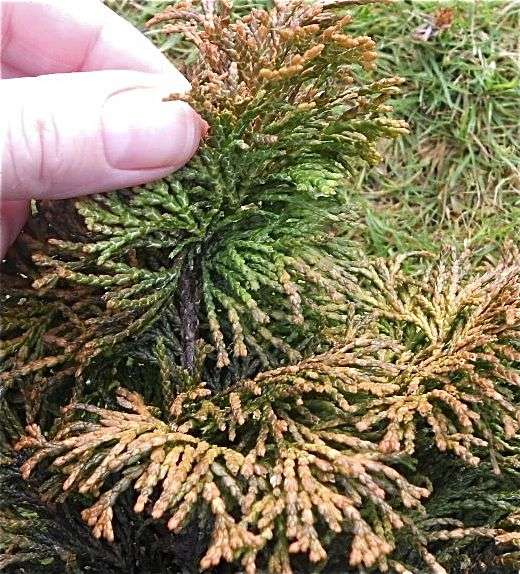 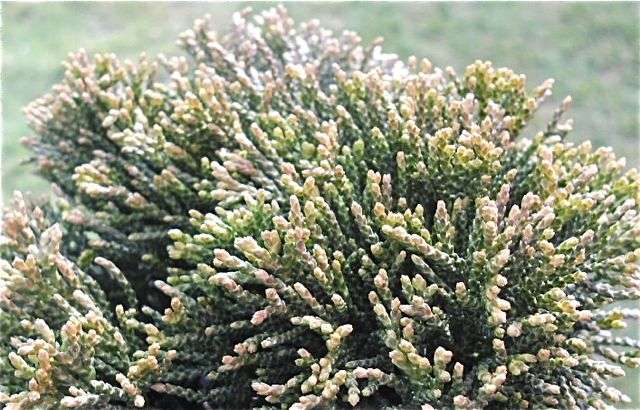 Just Dandy Hinoki Cypress (Chamaecyparis obtusa ‘Just Dandy’) blushes differently. The tips of the branches turn amber, creating a glow around the tiny shrub under the overcast skies of Seattle. 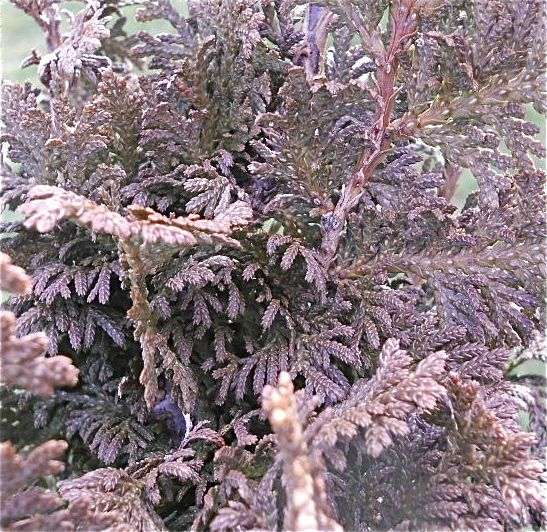 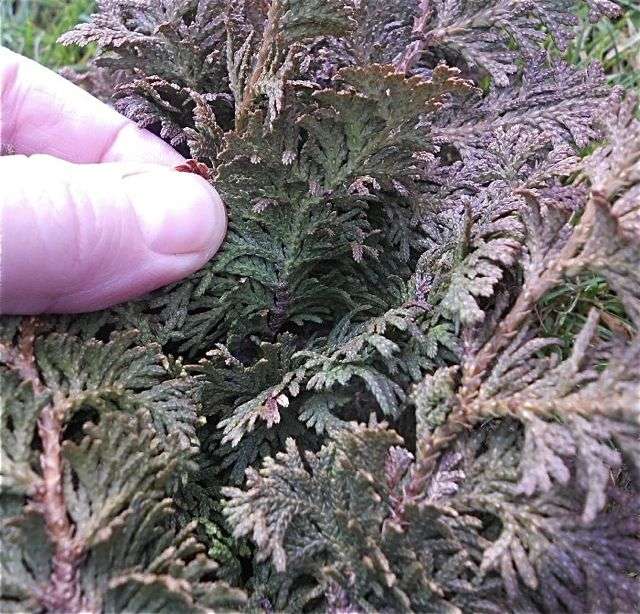 The winter blush of this Zmatlik Arborvitae will return to it’s rich olive-green color come springtime. 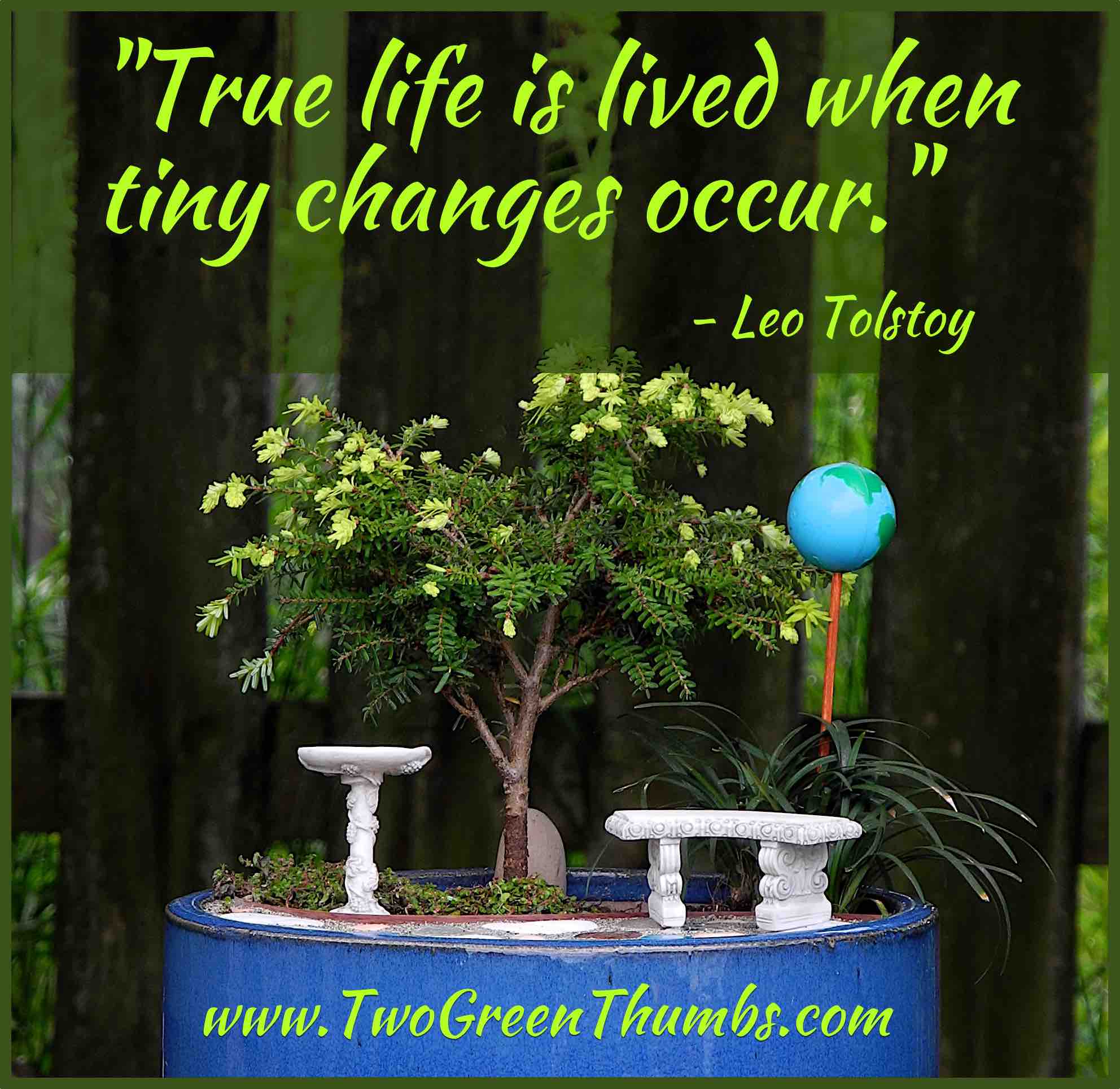 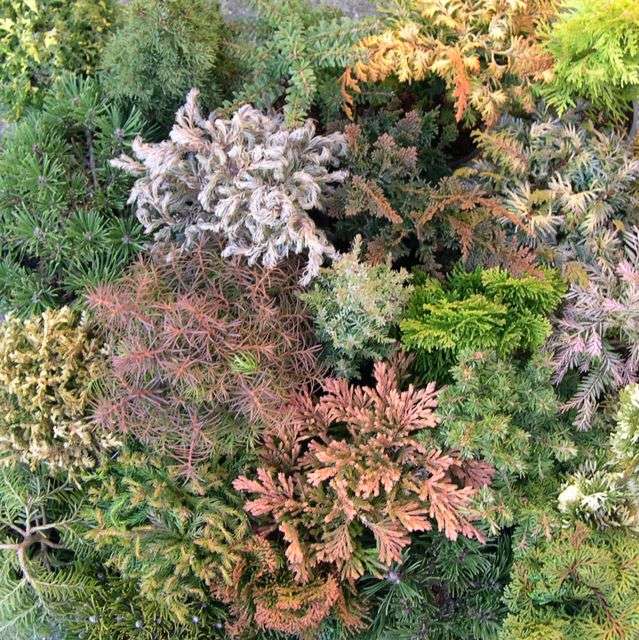 A tapestry of conifers with their winter blush from that first order in early spring several years ago.

See what’s in our store here.
Join us for more miniature garden goodness here.
Subscribe to this blog over there on the right ~> 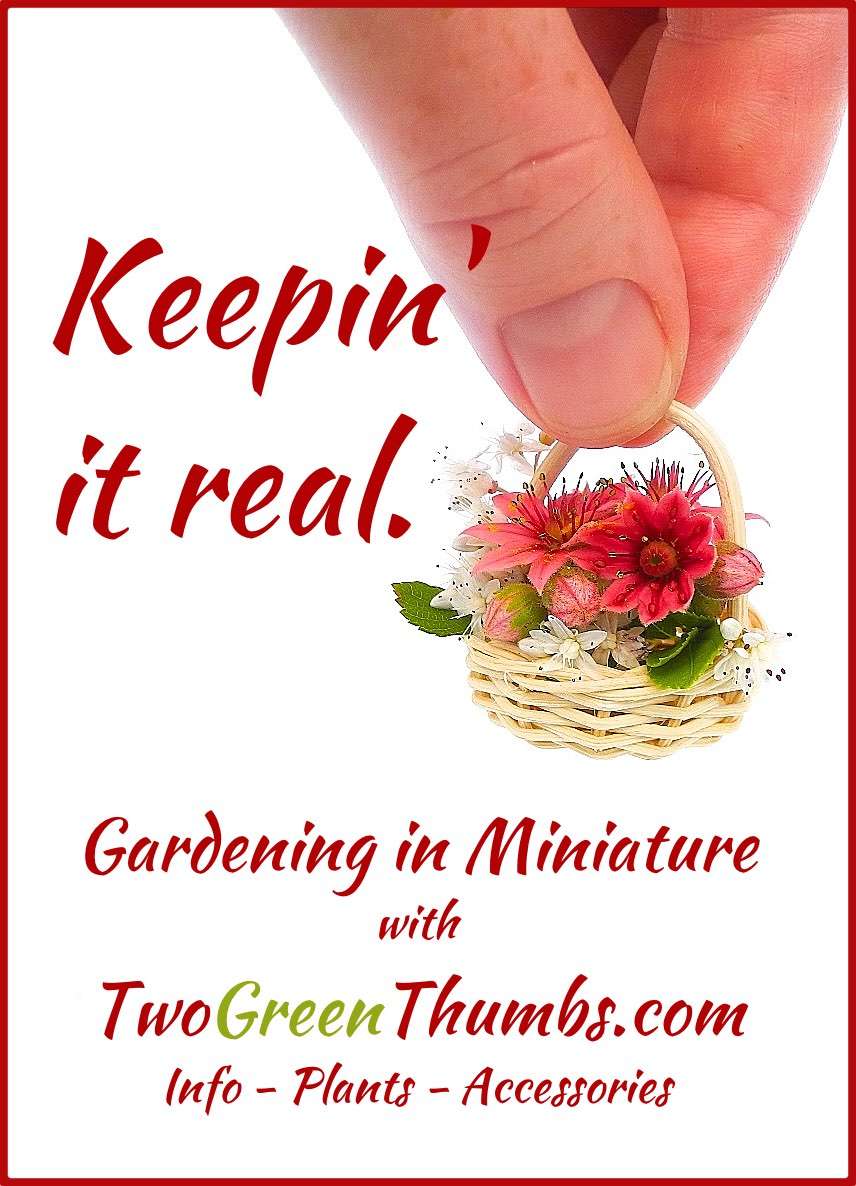