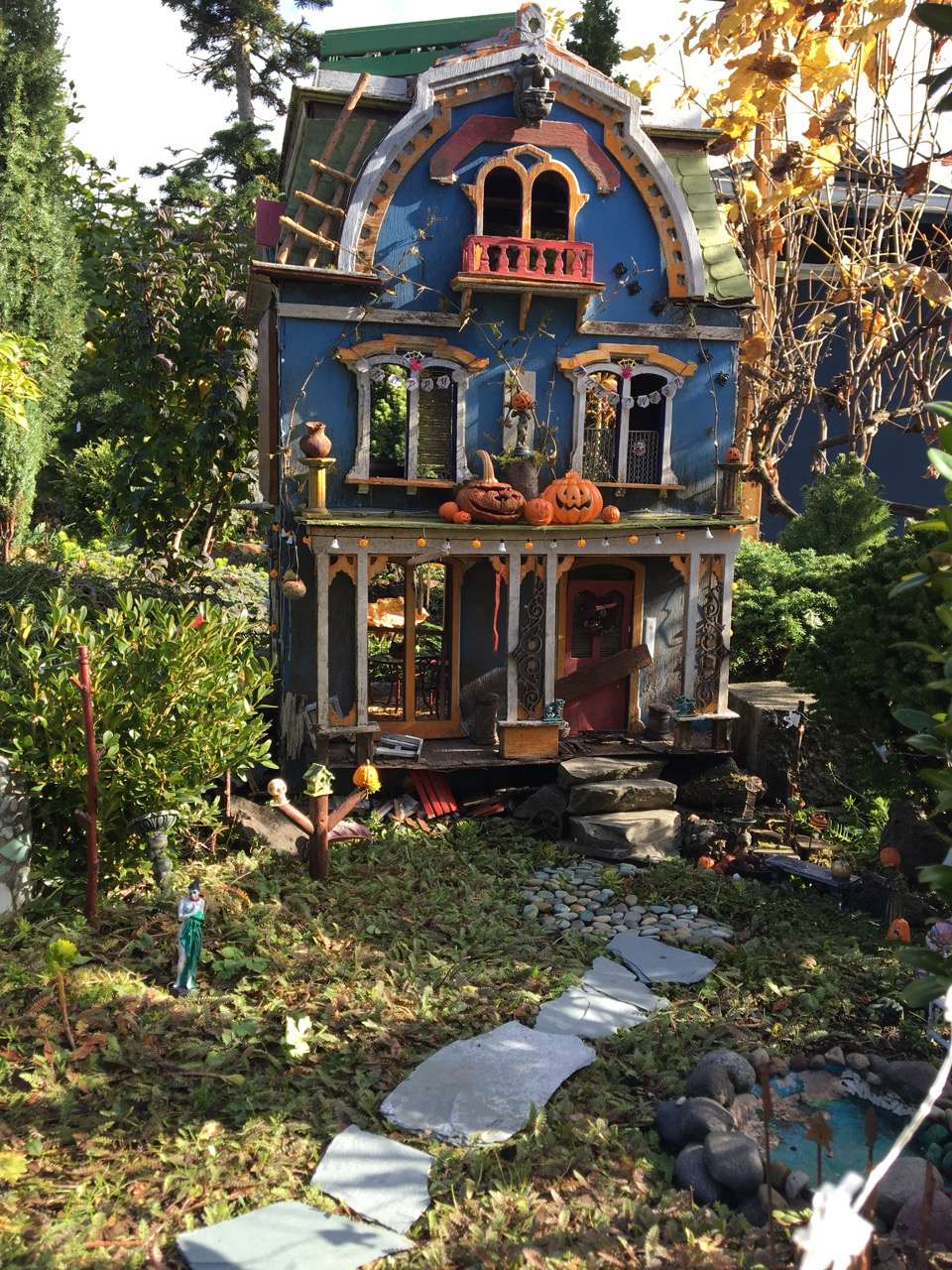 ~ A funny thing happened the other day on Instagram. I posted an old, rotted dollhouse and asked,

“Alright, fellow miniature gardeners, please help me decide! This is from an old display from a big garden show a few years ago. Should I just trash this dollhouse that’s already deteriorated – or make it into a Halloween House project??”

But I already knew what my friends, fellow MGs and followers would say despite the house being very rotted, missing a lot of pieces and fragile to the touch. It took 92 comments and one, “Why is this even a question?” and it was decided: make it into a Halloween house. (Just for the record there was only one, “Let it go and move on.” which I was partial to, I might add.)

I found the house at the Fremont Sunday Market many moons ago when I was vending every Sunday in Seattle, spreading the joy of gardening in miniature. The dollhouse was made from one of those plywood kits but the owner literally gave up the ghost and aborted all intentions with it and thus – it came into my hands for a mere $20. I wasn’t sure what I was going to do with it but, being a fixture at the market in those days, we were the “go-to” guys for anyone that had anything miniature to sell. And sell to us they did –  my husband and I are suckers for any realistic miniature apparently.

Several years ago I did get a chance to use it in a display for the big Sorticulture Garden Festival for a fairy garden theme. I painted it the blue, white and orange colors to go with the whimsical fairies and mixed in a bunch fairy gardens to go with it. It appears that the photo has been crunched and renamed because it’s been so long, but you can still see it here.

And it’s been living in the back garden bed after coming home from the show, rotting slowly. However, I do believe we have brought it back from the dead:

See all our trees, shrubs and “mini bedding plants” for your miniature or fairy garden here.

Like these unusual ideas and insight into gardening in miniature? Join our email list to get your FREE almost-weekly Mini Garden Gazette Newsletter.  Sign up here.