Monumental Significance: What It Means to Have a Queen 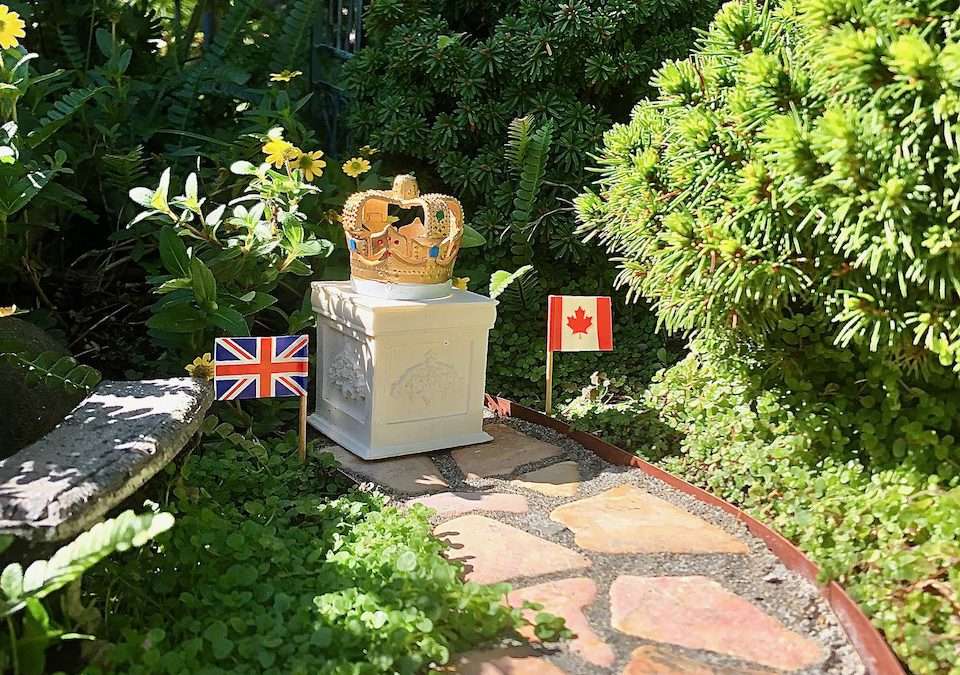 I received an unusual amount of kudos from this letter that I wrote to my Mini Garden Gazette subscribers the day Queen Elizabeth II passed away so I thought to included it on my blog. I know the Queen means different things to different cultures but, for this Canadian woman, she was inexplicably like family. Why I feel so tied to her and still shed tears at her passing a week later, I don’t think I’ll ever know but here is an effort to understand.

Here’s What I Wrote:

So, today’s mood quickly changed this morning when the inevitable news reached my ears. I had to shed a few tears, and I still get a bit teary when I think of the passing of Queen Elizabeth today. She’s someone I’ve never met but someone who has always been there for my entire life. (I’m a transplant from Toronto, Canada.)

The thing that I admired most about is her tact. She always said the right thing. She was always able to bring “a little good cheer with a stiff upper lip” to the worst of tragedies; advising us to meet the unavoidable situation with resolve and, since you have to do it anyway, you may as well do it happily. (<~ I just realized is a version of my signature line [in my Mini Garden Gazette,] “Whatever you do, make it fun” – funnily enough!)

But, did you know Queen Elizabeth was also a fan of miniature gardening? And, you know if anyone loves this hobby, then I automatically love them. And, of course, I’ve been quietly wishing to make a miniature garden for the Queen all these years, knowing that she’s a fan. Another reason to feel a connection. See the photo below…

But what does it mean to have a Queen? It’s actually one of those Google searches with no answer apparently! Lots of results on how to feel like one, how to act like one and the definition of “Queen” though. But I think the only way to explain it right now is that having a Queen feels like a having a distant grandmotherly connection that’s been with you all of your life. If she spoke, you stopped and listened. If you saw her on TV, you stopped and watched it immediately. And, like your own grandma, you never want her to leave.

But I think the only way to explain it right now is that having a Queen feels like a having a distant grandmotherly connection that’s been with you all of your life. If she spoke, you stopped and listened. If you saw her on TV, you stopped and watched it immediately. And, like your own grandma, you never want her to leave.

Me and the Queen

When I was 7 years old, our Queen came to Toronto (1973 – please don’t do the math,) and I saw her hat. I was with my Brownie Troop and we were all lined up at the front, behind the rope keeping the crowd in line. I recall we went early, to stake our spot and then waited for hours. But, once she arrived, the adults quickly took over and pushed us out of the front row. All I saw was the top her white hat. It’s funny that that is burned into my memory of my Queen, even though I totally missed her.  :o)

And then My Mom Called…

Shortly after sending this Mini Garden Gazette out, my Mom called. She just loved my message about the Queen and had to let me know. But, the other thing she wanted to tell me is that she remembered how mad I was that day. Lol! Apparently I came home and told her all about it and she remembered how frustrated I was with the adults that shoved us kids aside. So, we had a laugh about me not holding grudges for very long… :o)

Would you like to know more about miniature gardening and receive a dose of inspiration every week delivered straight to your inbox? Join us here for our Mini Garden Gazette newsletter.